As restaurants head into new waves of uncertainty with COVID-19 all over the globe, many are starting to lean more heavily on reservations to keep customers and staff safe, while making the most of the business they have coming in.

Online reservation systems have many benefits, for customers and restaurants alike. Customers like the convenience of making reservations from their phone and the digital confirmations. They also like not having to wait on hold while hoping the restaurant has availability. Similarly, restaurants like the ability to receive and manage reservations without spending hours on the phone or behind a desk trying to organize requests. There are many systems available, and it can be hard to know which has the best value for your restaurant when you’re looking to implement new technology. 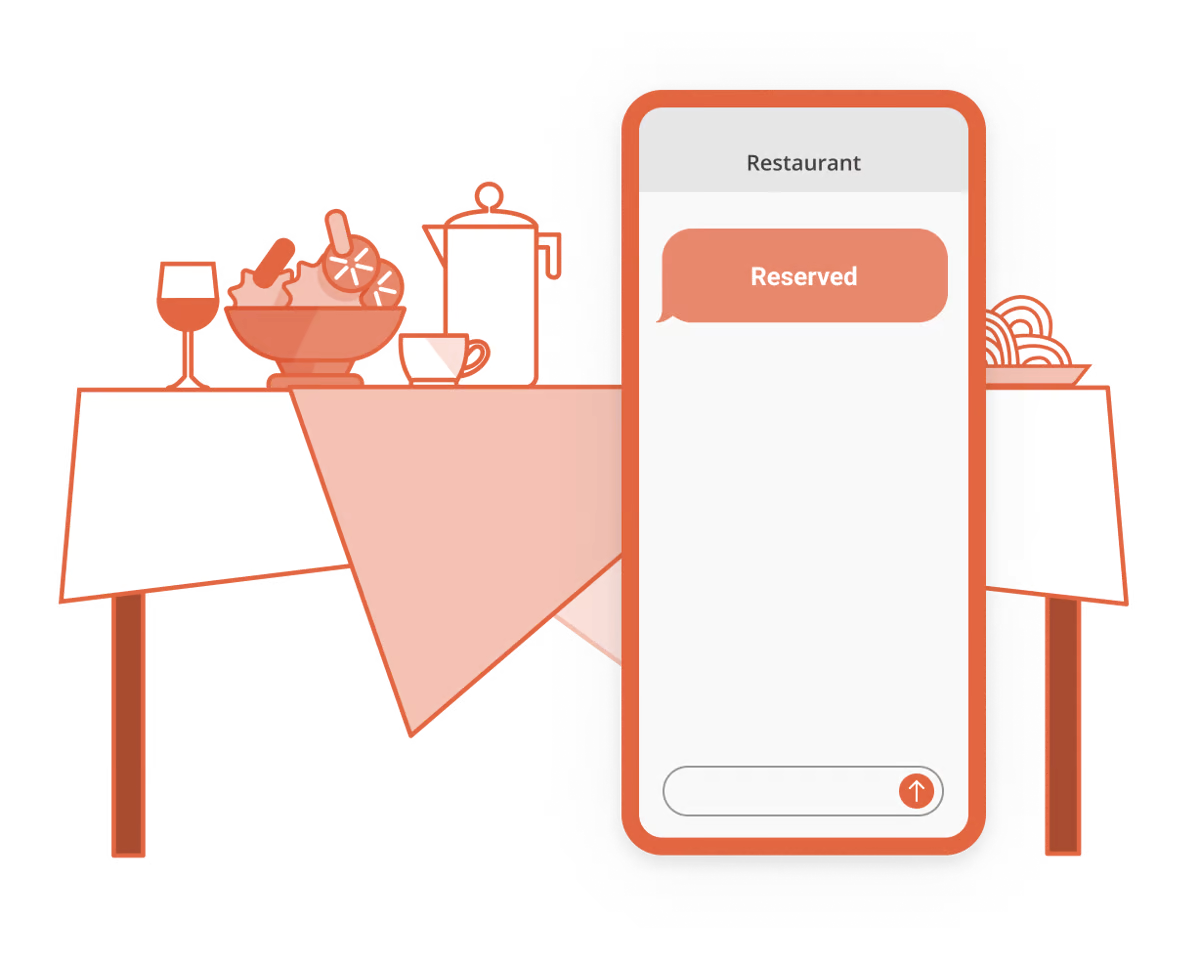 One of the most recognized systems has become a Goliath, but as it grows, it’s taking more from restaurants without providing service in return. It has built its brand around being an accessible restaurant reservation system that not only helps guests discover restaurants, but also claims to help restaurants bring in new customers. However, as the company has grown since 1998, it has built a shaky reputation among restaurant owners and poses significant drawbacks in the following six areas.

Transparency is not a virtue for the major provider. Many restaurants have struggled to understand its billing plans. While the provider runs many different promotions, there is typically a hefty setup fee, a costly monthly subscription fee (higher than most other systems), and an additional fee per cover. So when a guest books a reservation, there will be a fee of $1.00 per guest in the party. This fee is charged when a guest books through its system – or any of its partners – and is only waived if guests book directly through the restaurant’s website, which will often be buried in online searches. This leads to sticker shock after a busy month when the bill arrives. The ever-changing monthly bill can be a serious pitfall for restaurants as margins are already tight to begin with.

In contrast, Hostme App offers four plans, based on the needs of each restaurant. The pricing is always a flat monthly fee, so there are no surprises at the end of the month. Everything included is listed directly on the Hostme Pricing webpage.

Not only are there setup fees with the Goliath, restaurants are also required to sign up before they are able to even see the full system and how it will work. This is risky for businesses and very intimidating to commit to before knowing if the system will be a good fit. For individual restaurants and smaller restaurant groups – who cannot gamble on a reservation system – having a clear understanding of how the system works and how they will be charged is important to know before they commit.

Hostme App’s free trial and full pricing plans are available directly on the website. Hostme offers a free trial of the full system, along with training videos, and allows restaurants to customize their settings, without signing a contract or paying a massive setup fee.

Another Social Media Platform to Manage

A major draw of the large system is its massive platform of potential customers. However, it is also competing directly with the restaurants – using the system’s powerful search engine optimization (SEO) to help guarantee that potential customers see a link to the reservation system’s site, rather than to the restaurant’s own site, even when a guest searches specifically for that restaurant’s name via a search engine, like Google. Restaurants are also struggling with the fact that the system is not a helpful middle man with guests. Communication between customers and restaurants is slowed or made impossible.

Hostme’s unique plans for restaurants allow restaurants to take reservations however they like and without trying to step in on the process to get a bigger cut. By giving restaurants customizable widgets and links to manage their online reservations directly, there is no confusion as to how and when reservations are being made by guests. And Hostme has a partnership with Google, so restaurants can link their system to their Google Business page, seamlessly accepting reservations, which are included in their monthly plan at no extra cost. 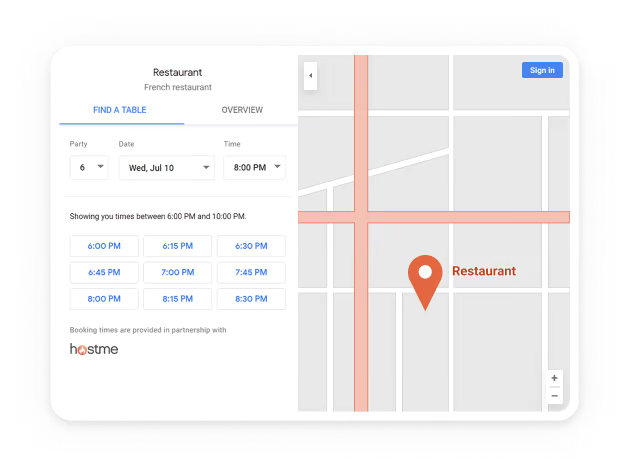 When working with the major provider, if a reservation needs to be changed or canceled, many messages aren’t communicated until it is too late. This has left countless diners without a table and restaurants in very awkward positions. The major system has penalties for guests who repeatedly no-show for reservations; however, if there is an error in how the customer was recorded in the system, it can be incredibly difficult to correct for the restaurant or the guest, and the fallout is incredibly frustrating. Many have complained that if the guest doesn't show, the restaurant has to manually cancel the reservation in the system or they end up paying the cover fee without even making any kind of revenue.

Hostme gives restaurants the tools they need to manage reservations, without interfering or adding penalties outside the restaurant's settings.

Online review sites are filled with angry customers who have had terrible experiences while booking with the major reservation platform. From confusing and unfair point systems, to canceled reservations without reasons given to restaurants or guests, the leading system’s guest platform is plagued with issues. SiteJabber.com has over 200 reviews from restaurants and guests alike, expressing their frustrations with the leader’s app:

The point system that drew many guests to the major system (while being a burden on restaurants rather than the crowd driver it was supposed to be) was unclear, and at times, deceptive. Restaurants are encouraged to let guests redeem “points” earned at other locations toward their meals, but fewer and fewer restaurants are accepting the point system vouchers and gift cards, so guests are ultimately left with nothing.

Hostme has another approach that keeps the needs of the restaurant in mind. By giving restaurants customizable widgets and links to manage their online reservations directly, there is no confusion as to how and when reservations are being made by guests. Guests and restaurants can connect directly through the system, leaving phone lines open. There are neither delays or slowdowns in the system, nor confusion in the process, because Hostme does not act as an intermediary. When guests need to edit their reservations, changes are quick and easily managed through the app by the restaurant itself.

Many users complain about terrible customer service from support on the major system as well. Unresolved issues with charges and tech issues fill online reviews. Other popular systems are plagued with the same criticisms.

Again, Hostme puts restaurant needs first and lets them organize and manage guest requests themselves. Guests and restaurants can connect directly through the system, leaving phone lines open. Here, too, there are no delays or slowdowns in the system or confusion in the process, because Hostme does not act as an intermediary. When guests need to edit their reservations, changes are quick and easily managed through the app by the restaurant itself. Restaurants set their availability, pacing, and even charges for deposits or cancelations, to be operated seamlessly for guests, updated and reflected in real time. 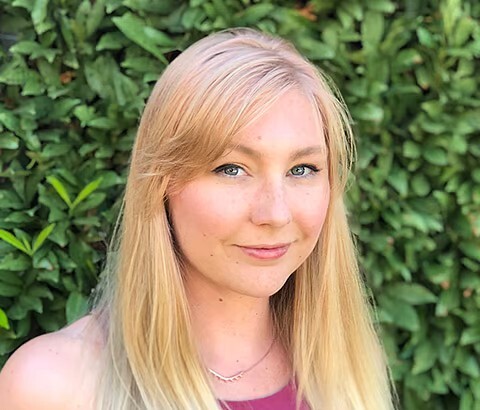 By using our sites and other online services, you acknowledge that we may use of the cookies set out in Annex © 2022 Hostme LLC. All Rights Reserved